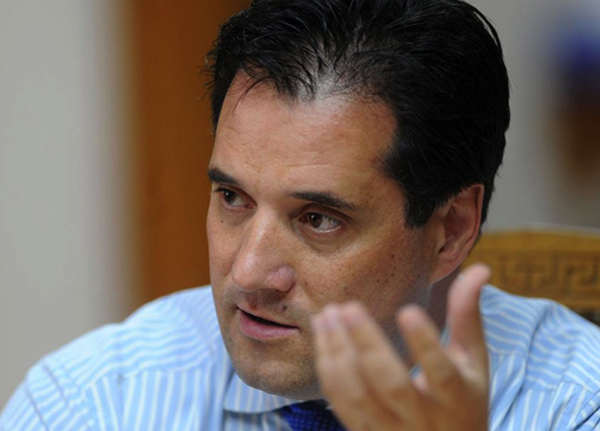 He graduated from the Faculty of History and Archaeology of the School of Philosophy, at National and Kapodistrian University of Athens. He is married to Eugenia Manolides and they have two sons.

Since 1993, after the death of his parents, he has taken over the management of “GEORGIADIS-LIBRARY OF THE GREEKS” publications. In 1994, he founded the Liberal Studies Centre “HELLENIKI AGOGI” (Hellenic Education).

On November 11, 2011, during the Lucas Papadimos Government, he was appointed as Deputy Minister of Development, responsible for Maritime Affairs and Greek Shipping. On February 11, 2012, he resigned from his parliamentary seat. In the National Elections of June 2012, he was elected Member of Parliament of Nea Demokratia in the second constituency of Athens.

In the National Elections of January 25th, 2015, he was reelected and reappointed as Member of Parliament of Nea Demokratia in the second constituency of Athens, with 73,959 votes.

In the National Elections of September 20th, 2015, he was reelected and reappointed as Member of Parliament of Nea Demokratia in the second constituency of Athens.

In September 28, Adonis Georgiadis announced his candidacy for the Presidency of Nea Demokratia.

In December 22, the first round of the intraparty elections was ended, Adonis Georgiadis has obtained 46.065 votes, 11,4%.

In January 18 2016, Adonis Georgiadis was appointed one of the two Vice Presidents of the Nea Demokratia by the decision of the new President of Nea Demokratia, Kyriakos Mitsotakis.