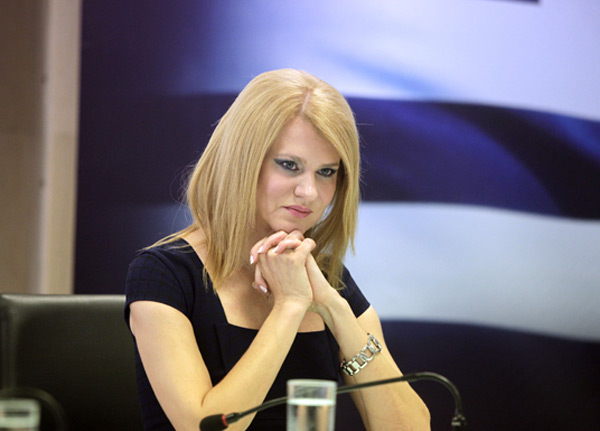 Theodora Tzakri serves as Deputy Minister of Industry in the Ministry of Economy, Growth and Tourism of the Hellenic Republic and Mr. Alexis Tsipras coalition government. In 2015 she was elected, both in January and June, as Member of the Parliament with SYRIZA. She is a graduate of the Department of Law of the Aristotle University of Thessaloniki and has also completed a postgraduate degree on Public Law and Political Science. She is a fluent speaker in English and German. She practiced law in Giannitsa as a lawyer from 1996 to 2004. From 1998 till 2004 she was elected local representative at the Prefecture of Pella. Since 2004 she was elected Member of Parliament with PASOK party for 4 terms (2004-2012). She served as Deputy Minister of Internal Affairs, Decentralization and Electronic Government from October 2009 to June 2011.