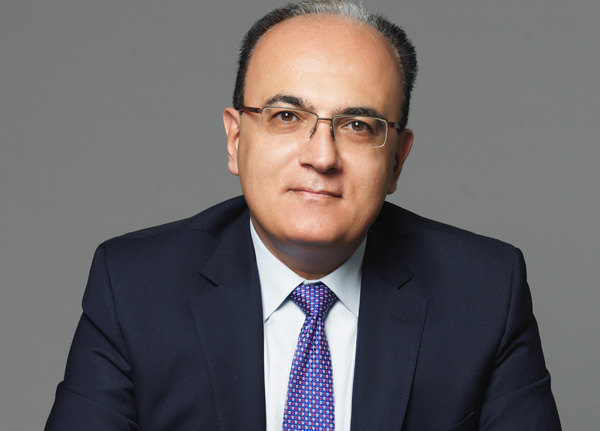 Mr. Ihsan Uğur Delikanli was appointed President of the Black Sea Trade & Development Bank as of July 16, 2014 for a period of four years.

Mr. Delikanli started his professional career in the financial sector as a Sworn Banks Auditor at the Undersecretariat of Treasury of the Republic of Turkey in 1992. In 2005 he became Head of the Regulations Department in the Banking Regulation and Supervision Agency of Turkey, and in 2009 he was appointed Vice President. In 2012 Mr. Delikanli moved to the private sector as Executive Vice President of Aktif Bank, a Turkish investment bank.
Mr. Delikanli has an MBA in Financial Management from the University of Exeter, United Kingdom, and a PhD degree in accounting and finance.

During his career, Mr. Delikanli has been a member of the Turkish Accounting Standards Board and of the Tax Council. He also served as representative of the Republic of Turkey at Basel Banking Supervision Committee between 2009-2012.

Mr. Delikanli is an author of a number of publications in the field of banking and finance.

Mr. Delikanli is married and has two children.